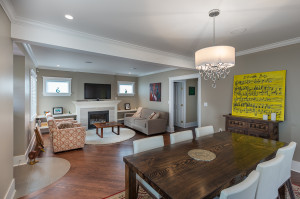 Home improvement shows like those on HGTV have sparked an “explosion” in home renovation spending in Canada, says a report released by the Altus Group. CBC News recently investigated if HGTV has contributed to Canadians willingness to renovate their homes.

The report says that spending on home renovations in Canada has doubled in the past 15 years, spiking in 2013 due to the economic growth and more disposable income states CBC News article on July 3, 2014. Canadians love to renovate and Todd Senft, President of reVISION confirms that business has increased about 2-5% during an interview with Farrah Merali from CBC News. Could this be the HGTV effect? Vancouver renovators believe this is in fact is a true statement.

According to the report, the home renovation industry contributed $63.4 billion to the Canadian economy — more than the amount spent on building new homes. Many consumers are inspired by brand new kitchens and bathrooms they see on TV. They know exactly what they want and the direction they want to take.

CBC News stated the report predicts that a combination of “robust home sales and continued low interest rates” will cause housing renovations investments to continue to increase by about three per cent in 2014 and 2015.

What are your thoughts with HGTV and home renovation?

Click Here to view the full CBC Report and video.